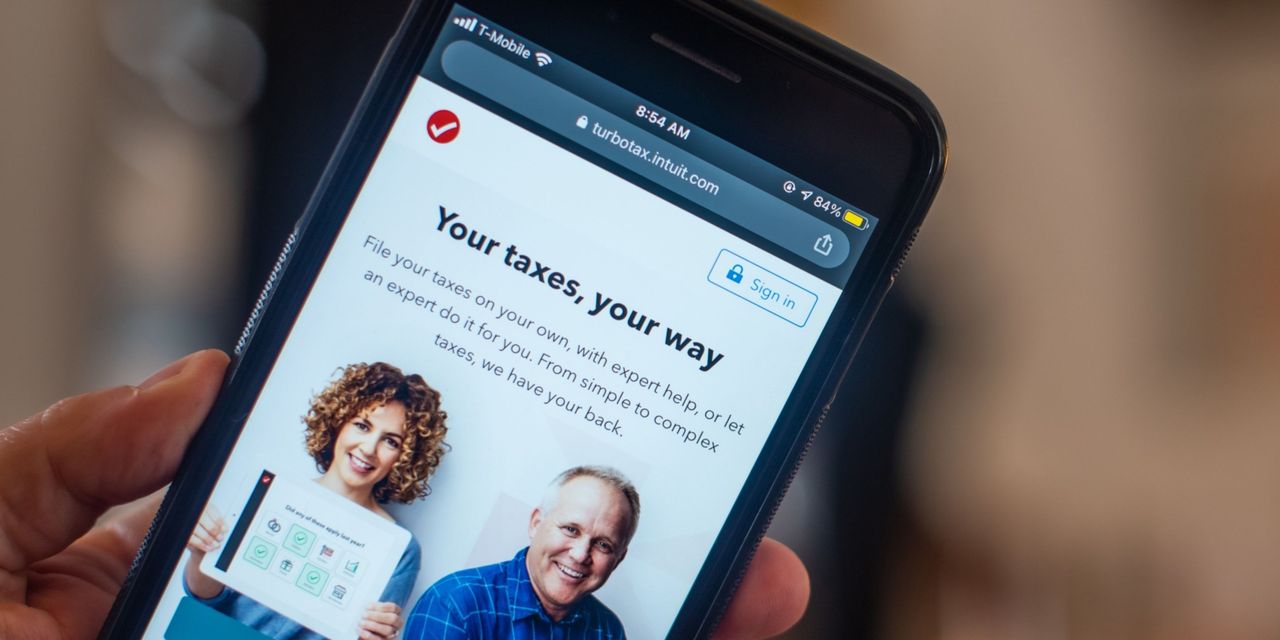 shares are trading higher after the tax and accounting software company posted better-than-expected results for its fiscal third quarter and raised its financial forecasts for the year ending in July.

The strong results for the three months ended April 30 come despite a range of economic pressures weighing on the company’s millions of small business customers. Intuit (ticker: INTU) posted revenue of $5.6 billion, up 35%, and ahead of the company’s guidance range of 32% to 33% growth. Wall Street consensus estimates had called for $5.5 billion in revenue.

The implication is that results were even better than the reported numbers imply.

Intuit CEO Sasan Goodarzi said in an interview that while consumers are certainly affected by higher gas and food prices, the consumer economy nonetheless remains “really healthy.” He also notes that slower employment growth at larger companies is actually helping some of Intuit’s smaller customers that have been struggling with staffing shortages over the last 18 months. And Goodarzi notes that small businesses are engaged in a “flight to digitization” to better manage cash flows, playing to some Intuit’s strengths.

Goodarzi says that while he certainly has concerns about inflation, he notes that Intuit has a substantial recurring revenue business, which is in no danger of going off a cliff. “The numbers gave us confidence to raise guidance,” he says.

Intuit said its consumer group’s revenue was $3.2 billion, up 32%, while the company’s small business self-employed group had revenue of $1.7 billion, up 42%, or 20% excluding the company’s recent acquisition of the email marketing firm Mailchimp. Revenue for the Credit Karma unit was $468 million, up 48%.

The company said it repurchased $489 million of common stock in the quarter.

For the fourth quarter, Intuit projects revenue will be down 8% to 9% from a year earlier, reflecting an earlier tax filing deadline this year than last year, when the date was shifted to mid-May by the Internal Revenue Service during the pandemic. The company sees non-GAAP earnings for the quarter of 94 cents to $1 a share, with a GAAP loss of 47 to 53 cents a share.

A Successful In-person Return for Electronica 2022

Performance with purpose: the story behind our new tagline