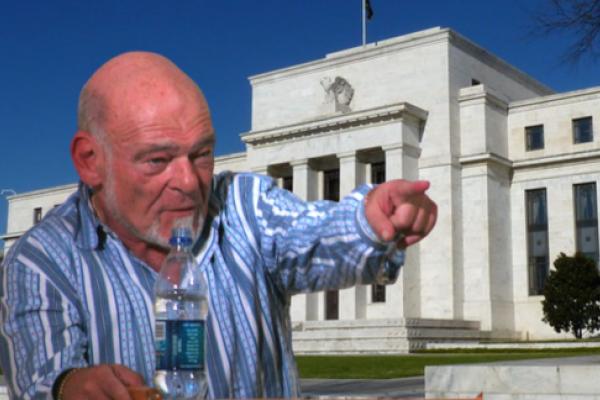 What Happened: The Fed is desperately trying to make up for the fact that it was very much behind the curve, the billionaire investor said in a recent interview with Fox News.

“We overdid it with stimulation,” Zell said, adding that there was $7 trillion of debt borrowing in a relatively short period of time. The Fed has a lot of work still ahead to get things under control, he said. The billionaire investor added that he wouldn’t make too many assumptions about interest rates going down because he thinks it has to “go up and stay up” for a while if inflation is to be vanquished.

On whether a terminal fed fund rate of 5% would do the trick, Zell said, “I think probably 5% is the minimum necessary to slow the pace of inflation and it’s probably going to require something above that.”

When asked whether the fed fund rate should go significantly above that, Zell said, “probably closer to six than five.”

The Fed missed the boat and allowed “super-low interest rates” to exist too long, the billionaire said. The central bank finally woke up and decided to take liquidity out of the system and raise interest rates, he added.

“I think it’s very much called for.”

Zell said the real question is whether the Fed raised it fast enough to slow the process down so that we don’t have to go too much higher in order to get the results we are looking for. The Fed is aiming for a reduction in inflationary pressure, which has come down somewhat so far, he said.

“It’s too early to declare victory,” he added.

High Recession Odds: The challenge before Fed Chair Jerome Powell is how much he can adjust rates without screwing up the economy.

Zell also said the odds of a recession are “very, very high,” but it remains to be seen if the recession is going to be painful or not.

“But it’s very hard for me to believe that we’re not moving into an area with a lot higher interest rates and a lot of people sitting on the sidelines avoiding to make commitments,” he added.

Read Next: Cathie Wood Warns Ahead Of FOMC Meeting That The Fed Is Making A ‘Serious’ Mistake As Yield Curve Inversion Waves Red Flag